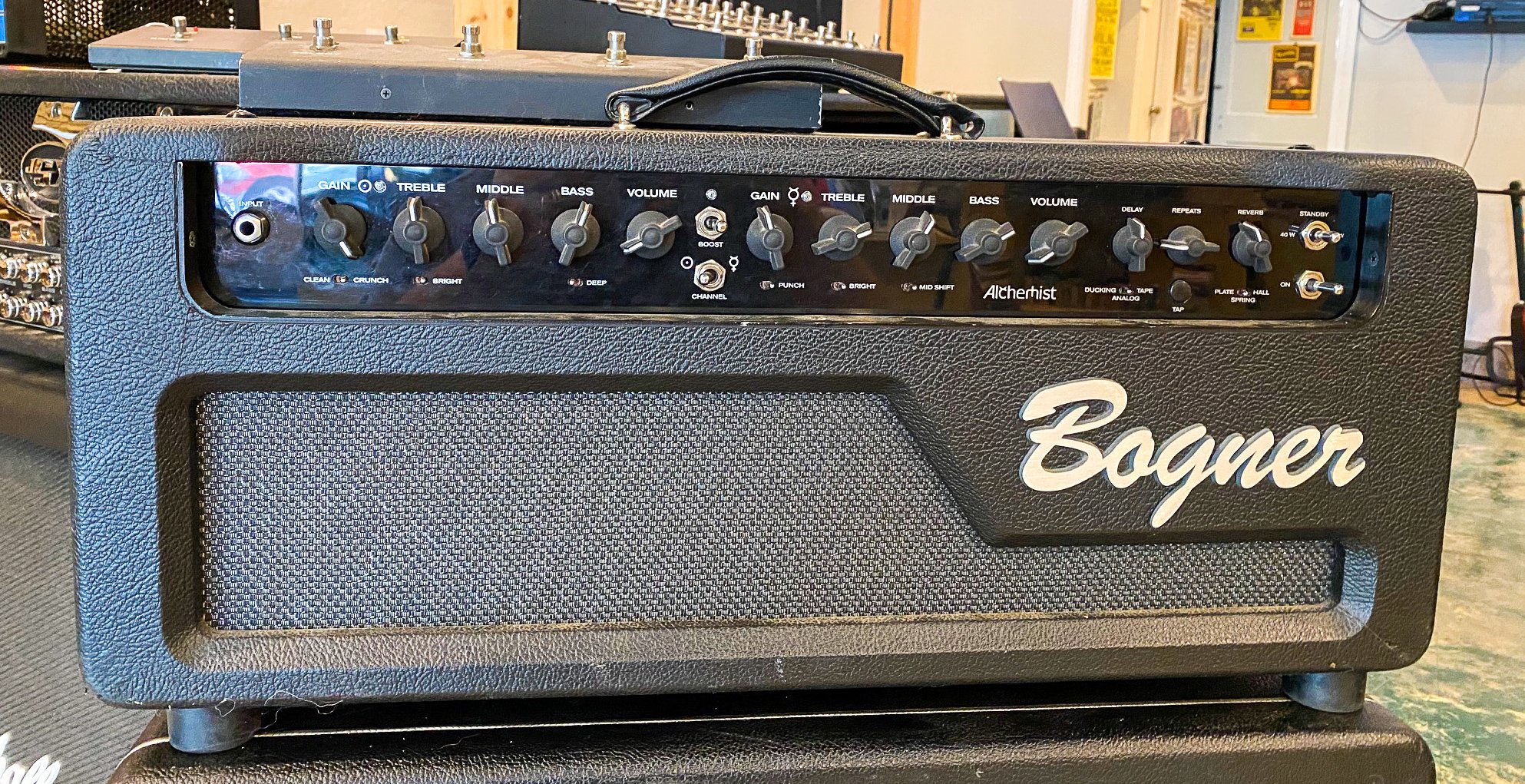 Here's what Bogner has to say:

Alchemist spins the visions of discerning guitarists into gold.

Bogner Alchemist amps have a 2-channel design. Each channel has its own voice and identity. Beginning clean and fast, featuring an open top-end and tight bottom-end, Channel 1 opens gradually to present simmering blues tones that churn like spirits in a cauldron. Advancing toward saturation, Crunch mode turns up the heat adding the perfect touch of nastiness with added pick response and increased tonal complexity. Channel 2, achieving critical mass, invokes the famous white-hot Bogner gain”creamy, modern and screaming with sustain”offering everything from Brit rock right through to modern metal. Plus, with variable Bright settings, each channel can be customized to match the tone of your guitar and rig.

The Alchemist tube amp head's power section is selectable from 40 to 20 watts. When switched to 20W, Alchemist undergoes a complete sonic metamorphosis, changing its harmonic complexity and feel to conjure the essence of the legendary Brown sound.

Reverb and Delay, in variable styles and levels, run in parallel separate from the original signal. The result is a rich, living and breathing, fully realized resonance capable of producing a complete tonal landscape.