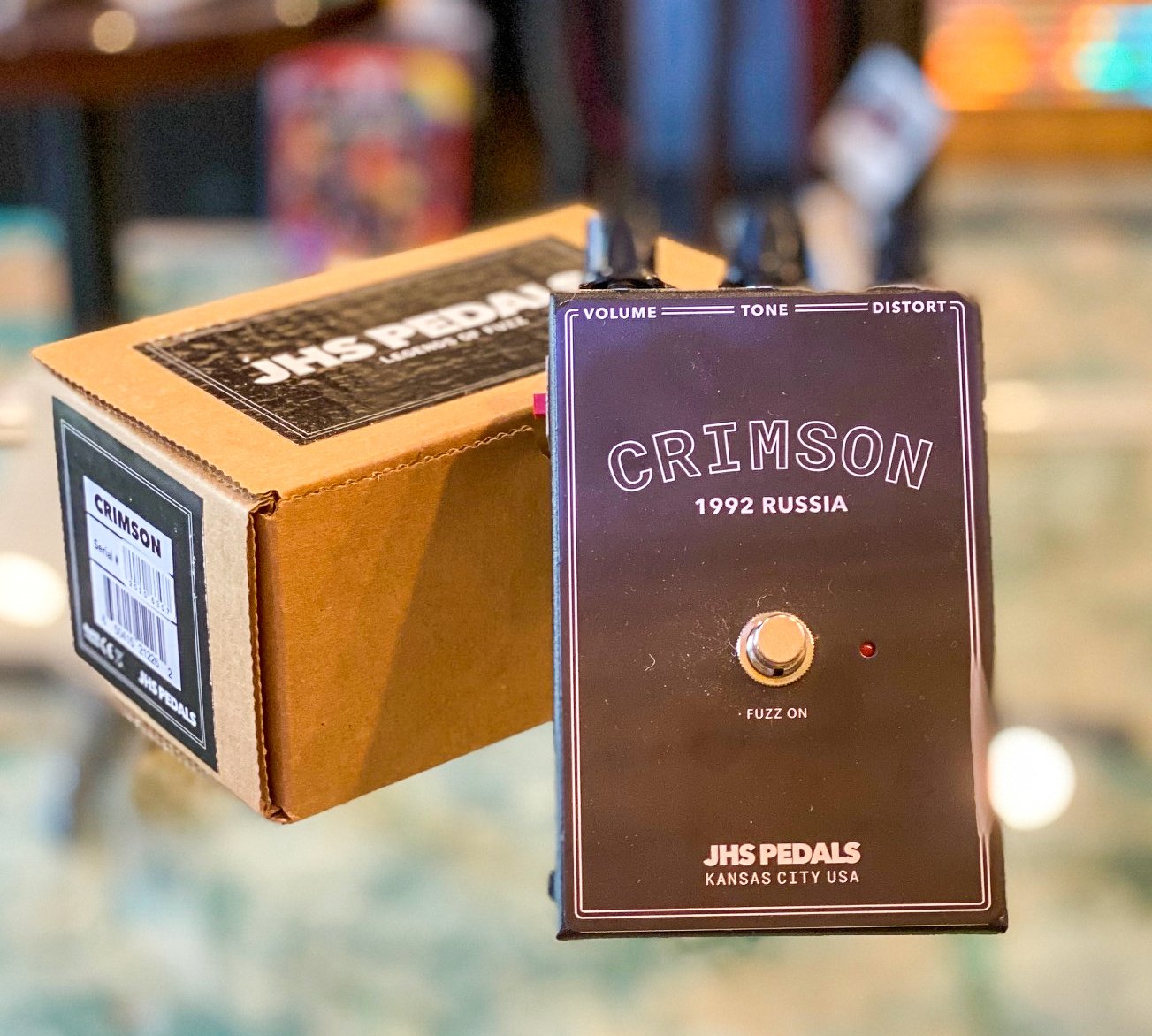 Here's what JHS has to say:

The "Legends Of Fuzz'' series is a collection of the world's most historic, rare, and sought after circuits.

At JHS, fuzz pedals have been in our lineup for over a decade. We have designed original circuits, replicated classics, and we have seen the trend of fuzz popularity come and go. The "Legends Of Fuzz'' series is our tribute to the most important fuzz circuits ever made. It is our way of ensuring that the stories of these effects live on in the music that you are going to make. From the earliest days of fuzz in the mid-60's London scene to the 1990's ex-Soviet military factories that brought the Big Muff back to life, fuzz tells a story, and that story includes guitarists just like you. There is nothing more primitive than plugging your guitar into a vintage fuzz circuit; it is raw, untamed, and so pure that it pushes the boundaries of what your instrument can accomplish. Plug into a fuzz and plug into sixty years of beautifully broken sound.

In 1969, Electro Harmonix released the first “Triangle” version of the legendary Big Muff distortion fuzz. All throughout the 1970’s we see various new revisions of this famous circuit like the V2 "Rams Head” (1973), V3 “Pi” (1977), V4 “Op Amp” (1978), but in 1984 everything stopped. Electro Harmonix filed its second bankruptcy, closed its doors, and the mighty Big Muff disappeared for almost a decade.

In the early 90’s Mike Matthews noticed that his 1970’s Electro Harmonix pedals were selling for vintage/rare prices. By 1991 he worked out a manufacturing agreement with an ex-soviet manufacturing company in St. Petersburg and brought the Big Muff back to life. This new version was technically the 7th version of the now famous Big Muff, but since Mike no longer owned his old trademarks, he labeled it the “Mike Matthews Red Army Overdrive” by Sovtek*.

This is the very first Russian-made Big Muff ever produced and possibly the rarest of all time. Only manufactured in small numbers from 1991-1992, very few examples of this still exist, making this almost impossible to find. It shares characteristics with the famous Sovtek* “Civil War” (Late 1992) version, but it stands on its own. Warmer, clearer, and more defined than any of the Soviet Big Muffs that followed, the Red Army offers a unique flavor of a very familiar effect. The Crimson is an exact replica of my own Red Army Overdrive, allowing you to own a unique part of fuzz history.

The controls are Volume, Tone, and Distort. Volume sets the overall output level of the effect; turn it up and things get louder. Tone lets you sweep between bright and dark tones so that the Crimson works well with a range of different amplifiers and guitars. Distort is the distortion control; the more you turn it clockwise, the more fuzz you create. On the side you will see a “Mode” button that lets you access a never before heard “JHS Mode”. Push that button for a mid frequency boost that forces your sound through the mix.

If you love the tones of the Smashing Pumpkins, Wilco, Sonic Youth, David Gilmour, White Stripes and Dinosaur Jr, then this is the pedal for you.

USES 9V DC NEGATIVE CENTER. 4MA CONSUMPTION. DO NOT USE MORE THAN 9V DC,OR YOUR WARRANTY WILL BE VOIDED.

THE CRIMSON DOES ALLOW FOR BATTERY OPERATION VIA A SINGLE 9V BATTERY. JUST LOOSEN THE TWO REAR SCREWS FROM THE ENCLOSURE AND THE BACKPLATE WILL SWING OPEN. ON THE INSIDE YOU WILL SEE A BATTERY CLIP TO INSTALL THE BATTERY INTO.